Terpenes or their derivatives are found in all organisms. Their range of use is correspondingly wide and includes applications in food chemistry as aroma (linalool) and colorant (carotenes), in the pharmaceutical industry, e.g. to combat the malaria pathogen (artemisinin), and as bee attractants in the agricultural industry (citral and geraniol). A so far neglected bioresource of terpenes and terpenoids are fungi of the section Basidiomycota (stander fungi), to which almost all edible mushrooms belong. Until now, the search for new terpenoid compounds has focused almost exclusively on plants. In this context, edible mushrooms appear to be of particular interest, since they have been consumed for thousands of years in Far Eastern culture, partly because of their taste, but also because of their health-promoting effects. The Attract Group's aim is to exploit the secondary metabolites of this bioresource and make them usable for industrial applications.

In this context, in the Attract group "Terpenoids from fungi", stand fungi of the IME-BR strain collection (formerly Sanofi strain collection) are cultivated in different systems. Thus, the production of terpenoid compounds is induced. The formed compounds are subsequently tested for their sensory, antiviral and antimicrobial activity in order to use them, for example, as flavors in the food industry, as attractants or repellents in the agricultural industry or in pharmaceuticals. 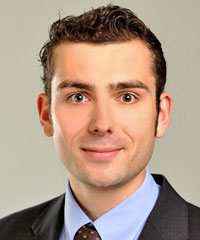